Hahn Event Rentals is the friendly, local source for all your party and event rental needs. Our experienced and energetic team of coordinators thrives on making your ideas reality. We have showroom locations in Lewiston and Moscow, so please call, email or stop in anytime to say hello. Hahn Event Rentals stocks a full line event supplies that includes tents, tables, chairs, food service and catering supplies, decorations, lighting, presentation and convention supplies, event heaters, portable restrooms, and other guest comfort needs. If you need it, Hahn has it! 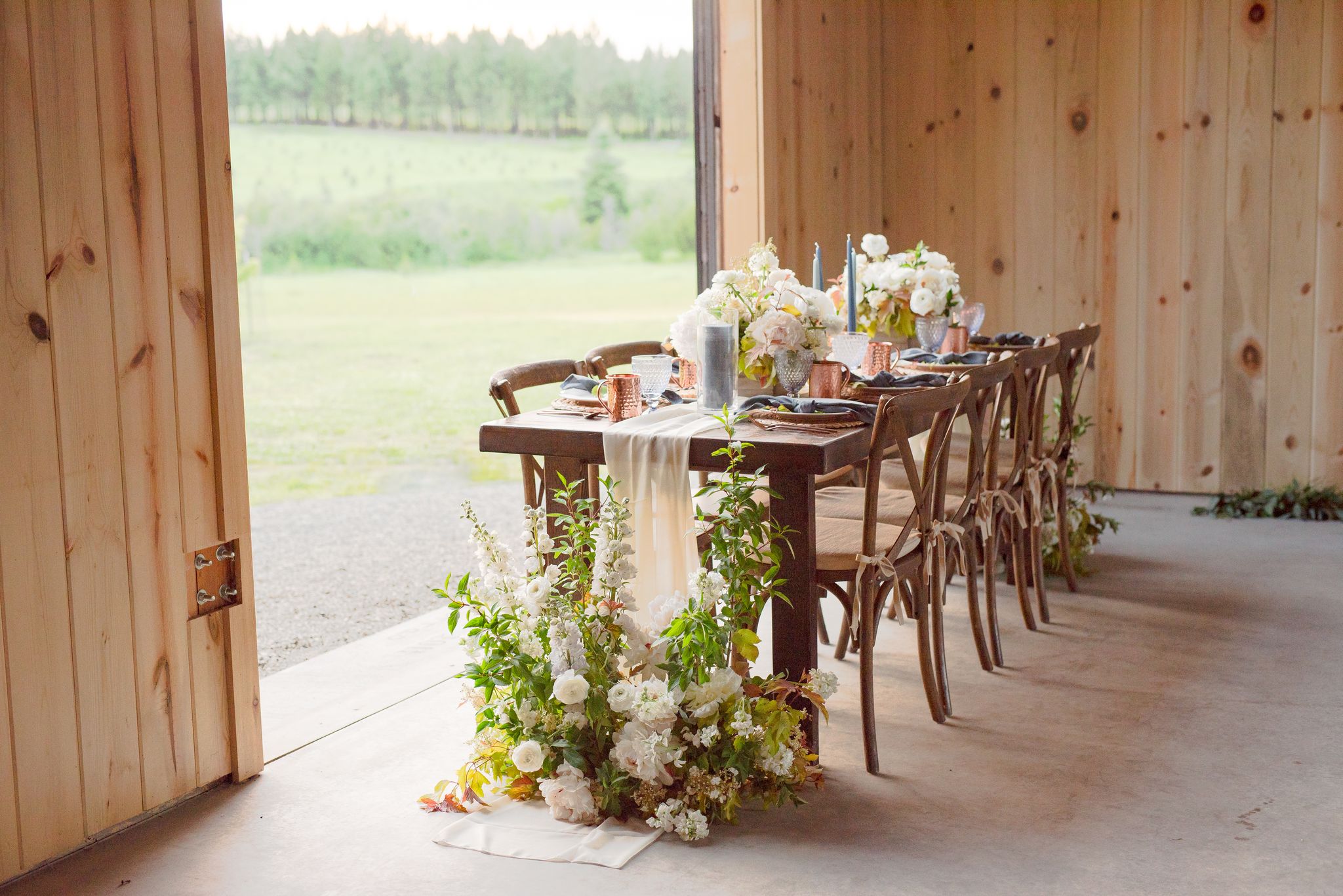 Make use of our experience and insider knowledge to pull off your most stellar event possible! We have a lot of tips and tricks to offer you when it comes to local venues, recommended vendors, and especially our equipment. Let us help you troubleshoot the logistics of transporting, setting up, and maximizing your rentals because chances are good we’ve been there too!

Stop in our showrooms anytime to receive a free quote, or call ahead to schedule a more in-depth wedding/event consultation to get a custom-fit experience. And it’s free!

Present built on the past

Hahn Event Rentals helped plan its first big events back in 2005, the year it joined Hahn Supply, Hahn Tool Repair and Hahn Rental Center in the Hahn business family, which remains a 100-percent family-owned operation as it moves into its fifth generation in the region.

Yes, we have a reputation for making weddings sparkle and birthday parties a blast, but we’re much more than chandeliers and bouncy castles. We’ve grown up with the region. We’re part of its fabric. And we’re dedicated to its future.

In 1898, 23-year-old Charles Hahn started Hahn Supply Company, a plumbing business in Lewiston. Over the next eight years the business and Charles’ family expanded with his marriage to Catherine Colliton, the birth of their daughter Catherine “Katie” Hahn, and the addition of wholesale/retail plumbing to the business.

By 1935, Hahn Supply Co. was operating out of several locations around Lewiston when Hahn sold the retail portion of the business and kept the wholesale side. In 1937, Charles Hahn died of a heart attack. In 1959, a new office and warehouse building was constructed at 2101 Main Street in Lewiston, which remains to this day as the corporate headquarters and main warehouse.

In 1962, Catherine Hahn passed away, leaving the business to her daughter Katie, married to A. L. Alford. Shortly after, in 1964, Katie herself passed away, leaving her father’s company to her sons Charles and Albert L. Alford Jr. They incorporated the company as Hahn Supply, Inc. in 1972, and eight years later Albert purchased his family’s interest when Charles was killed in an auto accident.